The What is the green energy definition? Renewable energy sources or green energy are sources of energy whose renewal is quite fast. They have cyclical or constant effects induced by the stars: the sun mainly by the heat and light that it produces, but also by the attraction of the moons (tides) and the heat generated by the geothermal energy. Its renewable nature depends on a part of the speed at which the source is consumed and another part of the speed at which it is renewed.

what are the benefits of using green energy on the environment? The different sources of energy that we can find in nature to produce clean energy in an inexhaustible way thanks to its constant renewable energy sources are: wind, sunlight, water, geothermal heat, tides and various forms of biomass. It is good to think about Switch to green electricity since this energy does not harm the environment.

In a solar thermal or thermodynamic system, solar radiation is used to heat a fluid. Water, for example, as in some domestic water heaters. When a concentration system – a set of mirrors – is added to it, the Sun energy can heat the fluid up to some 1,000 ° C and the technology becomes exploitable, for example, for the generation of electricity, the solar potential is infinite.

The disadvantage of solar energy is that it is an intermittent solar energy potential. It can – today in any case – be exploited only when the sun shines.

Wind energy definition: The ancestors of wind turbines are the windmills. The Wind turbines produce energy – electricity, for example, when coupled to a generator – from the movement of air masses. They exploit the kinetic energy of the wind.

Like solar energy, wind energy is intermittent energy. Eolic power only produce when the wind is blowing. On the other hand, unlike solar panels, it can be difficult to install a windmill power generation in your garden for generate eolic energy. Technology is rather reserved for large installations for produce wind power.

What is biomass energy definition: Biomass can become a source of heat, electricity or fuel. Several techniques can be used to derive energy from it: combustion, gasification, pyrolysis or methanation, for example of the vegetable biomass.

Biomass energy electricity can be produced locally from biomass plant. But care must be taken in some cases that it does not compete with the food chain.

It should be noted that biomass can only be considered as a renewable energy source if its regeneration is greater than its consumption.

It should be noted, however, that for geothermal energy to be sustainable, the rate at which heat is drawn must not exceed the speed at which it travels inland.

Currently, we use polluting energies that will dry up in the near future such as oil and gas. It is therefore necessary to further develop renewable energies to continue to enlighten, heat, run the various engines and many other functions.

By using them for the most part, we would find climatic, economic, environmental and social stability, especially by developing large thermal power stations. Safety is one of the main advantages because there is a very low risk of accidents.

They also generate little waste, and this waste is sometimes recyclable.

The decentralization of renewable energies is also a very important positive factor for developing certain territories and local development. The labor market for these energies represents almost one million two hundred thousand jobs, especially in photovoltaics, wind power and biomass. These energies respect the environment during their manufacture, their operation and at the end of their life, at the moment of their dismantling.

In short, these renewable energies can significantly reduce CO2 emissions. Nor would they generate hazardous radioactive waste and their resources would be infinite thanks to wind, water and the sun. Studies suggest that in theory, the planet could be fully powered by renewable energies using only a 500,000 km square with solar panels. This area represents approximately that of Spain. This vision produced by renewable energies is appealing a priori, but it masks many disadvantages.

Disadvantages of using renewable resources: Their availability depends on the climate. For those operating with solar energy, it is possible to use only 50% of their real capacity in the equatorial zones and even less because of the disappearance of the sun for several months in the poles. In addition, when the sky is cloudy, solar radiation is less. During anticyclonic periods, there is no wind. The disadvantages of green energy is this energy is not very stable.

The responsibility for global warming of renewable energies is a major drawback. They are often presented and accepted to solve this problem, but for this to be real, the consumption of fossil fuels such as oil, coal or gas should be considerably reduced and renewable energy sources must be better controlled to save more.

The visual impact on the landscape is to be taken into account especially when building large solar power energy plants or wind farms. These decentralized productions would help reduce the number of high-voltage lines. They therefore remain a pollution for wildlife. Moreover, the experiments already carried out in some countries show that they help to increase these same lines.

Cons of renewable energy: The major problems for wildlife are hydroelectric dams, as they flood entire valleys and have a strong negative impact on the ecosystem. Fish migrate with difficulty to their breeding grounds – even if fishways have been built. Wind turbines are a danger to birds and bats.

What is the most used renewable energy?

Hydropower is the most used in the world. It represents 19% of the world’s total electricity production. Based on the principle of operation of water mills, this type of energy uses the kinetic energy of water in hydraulic dams and tidal power plants to transform it into electrical energy. Not all countries have opted for the same energy to produce their electricity. While China uses coal to run its thermal power plants, France has relied on nuclear energy to limit the emission of greenhouse gases. These energies are inexhaustible and do not emit CO2. They are particularly used in developing countries.


What is photovoltaic solar panels technology? This sun panel module system makes it possible to produce electricity from solar radiation and use the best solar panels for home. Photovoltaic cells produce direct current which, after passing through an inverter, is converted into alternating current. The solar voltaic electricity produced can be redistributed on the national electricity grid, which represents a source of revenue whose amount will depend on both the size of the installation solar panels and the level of sunshine.

Disadvantage: the sun is essential to produce energy. 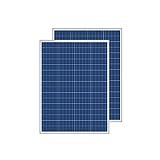 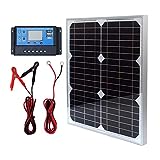 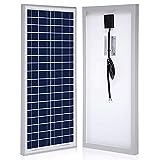 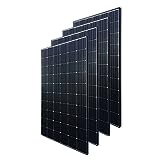 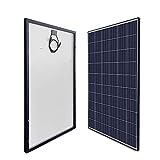 
The thermal siphoning solar system this widespread solution is found mainly for individual solar water (CESI). The panels capture the heat of the sun to heat a fluid network that will, itself, carry and maintain a storage tank of thermosyphon hot solar water heater at high temperature.

Disadvantage of thermal siphon: it takes sun or heat.

Buy the best sellers thermosyphon heater in offer and good price and excellent review in amazon. 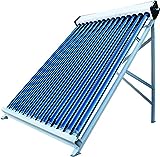 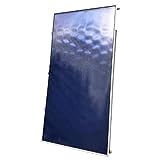 Although growing in our territory with 3.9% of national production in 2015, domestic wind turbines are still marginal.

In Europe, individual wind generator kit are all wind turbines with a nominal power of 30 kilowatts or less. This solution aims to meet small needs to power non-essential electrical appliances or store energy.

A windmill generator kit is composed of 2 or 3 blades that capture the energy of the wind and drive an alternator, the generator, which transforms the movement of the blades into electrical energy.

Many innovations, often vertical, see artistic (verteol) or tree (Newwind) are in the boxes of geo-foundetout of the whole world, to solve in particular the sound impact in urban environment.

And if you feel the soul of a handyman, you can also self-build your own wind turbine: the Piggott wind turbine

Disadvantages: no wind no energy, expensive system and very difficult to depreciate. 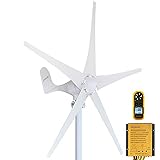 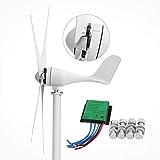 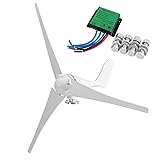 Differences between renewable vs nonrenewable resources

They are clean energy and almost inexhaustible energy resources provided by nature.
Due to their autochthonous nature, they contribute to diminish the dependence of our country on external supplies.
They favor technological development and job creation.

They are those whose reserves are limited and, therefore, decrease as they are consumed.
As reserves are lower, extraction is more difficult and its cost increases.
Petroleum, coal, natural gas or nuclear energy are considered non-renewable energies.

Types of renewable energy systems for use in the home

The main applications of solar collectors are usually for the preparation of hot water for sanitary purposes, the heating of swimming pools or for heating

Photovoltaic solar panels consist of a multitude of cells, called photovoltaic cells, which convert solar radiation into electricity. Electricity is generated due to the ‘photovoltaic effect’ caused by solar energy (photons), generating positive and negative charges in two nearby semiconductors of different types, which generates an electric field that will produce electric current.

Current machines are used to produce wind electricity that is consumed locally (isolated sites), or introduced into the electricity grid (wind turbines connected to the grid).